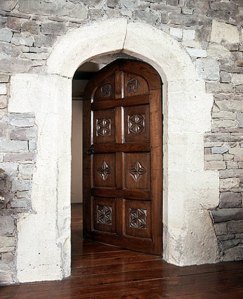 Skyler shot straight up in bed, covered in sweat with a heart beat so loud it deafened her and her to everything around her.  Panting, she rubbed her eyes and searched for the timepiece on the wall across the room.  2:17am. Still plenty of time.  She shook off the nightmare to focus.  Focus was critical; she couldn’t afford a mistake.  And the nightmare that plagued her dreams every night for the past several nights would be there, waiting for her again.  Ever since she made the decision to run, she dreamt of what her father would do when he found her.  As the King, he would claim it to be part of his royal duty – treason or some other made up excuse.  But he and she would know the truth.  The Princess knew too much.  Skyler had overheard his schemes and lies and leaving meant she would have to pay the price.

She crawled out of bed and on to the floor.  All that she was leaving with was hidden under her bed: a small bag, a hat, gloves, a canteen filled with water, a kitchen knife (her only weapon/tool), a bag full of lukks to buy passage on a ship, a crude map she had drawn from memory, a book of culture from the library and a picture of herself and her mother, the Queen.  Everything else would have to be left behind.  She tiptoed to her closet and uncovered the outfit she had hidden in the corner.  Once dressed, she threw her bag over her shoulder and headed for the door.

Skyler put out her hand, but couldn’t find the strength to turn the handle.  Was she really going to leave? Really?  She had had so many recent conversations with herself, wondering if there was any mistaking what she’d heard; what her father had planned.  Was it her responsibility to stop him?  Isn’t that why the Counsel of Planets was created?  The history books from the royal library told her that a leader of each planet formed a Counsel after the last big war with our planets and the OtherVerse to prevent any one planet from dominating.  Why was she taking on the weight of their planet and its King?

She heard the calming voice of her mother in her head.  Because it’s what’s right, she would have said.   Because you are the Princess of Majikien and it is your duty to protect the people.  It is what her mother, as the Queen, would have done and she knew it.  It’s why the bag was packed, why plans had been made and why she stood now, fearful and angry, in front of her bedroom door.  Skyler turned the handle and cautiously crept into the hall – step one.

One thought on “The Forbidden Path”